I asked Sheila, who is from Argentina, if she heard certain pronunciations in this interview that were typically Argentinian.
Here is her comment on the words caballos and mayores in the clip below…

Yo les tenia miedo a los cabaLLos, porque era chiquita, pero mis hermanos maYores” This sentence has Ys and LL, but in Argentina they both sound the same! Up until 1999, the spanish alphabet had the letter “LL” (called “doble ele”), although the same alphabet used in Argentina, when it comes to the double L, it’s pronounced just like a Y. 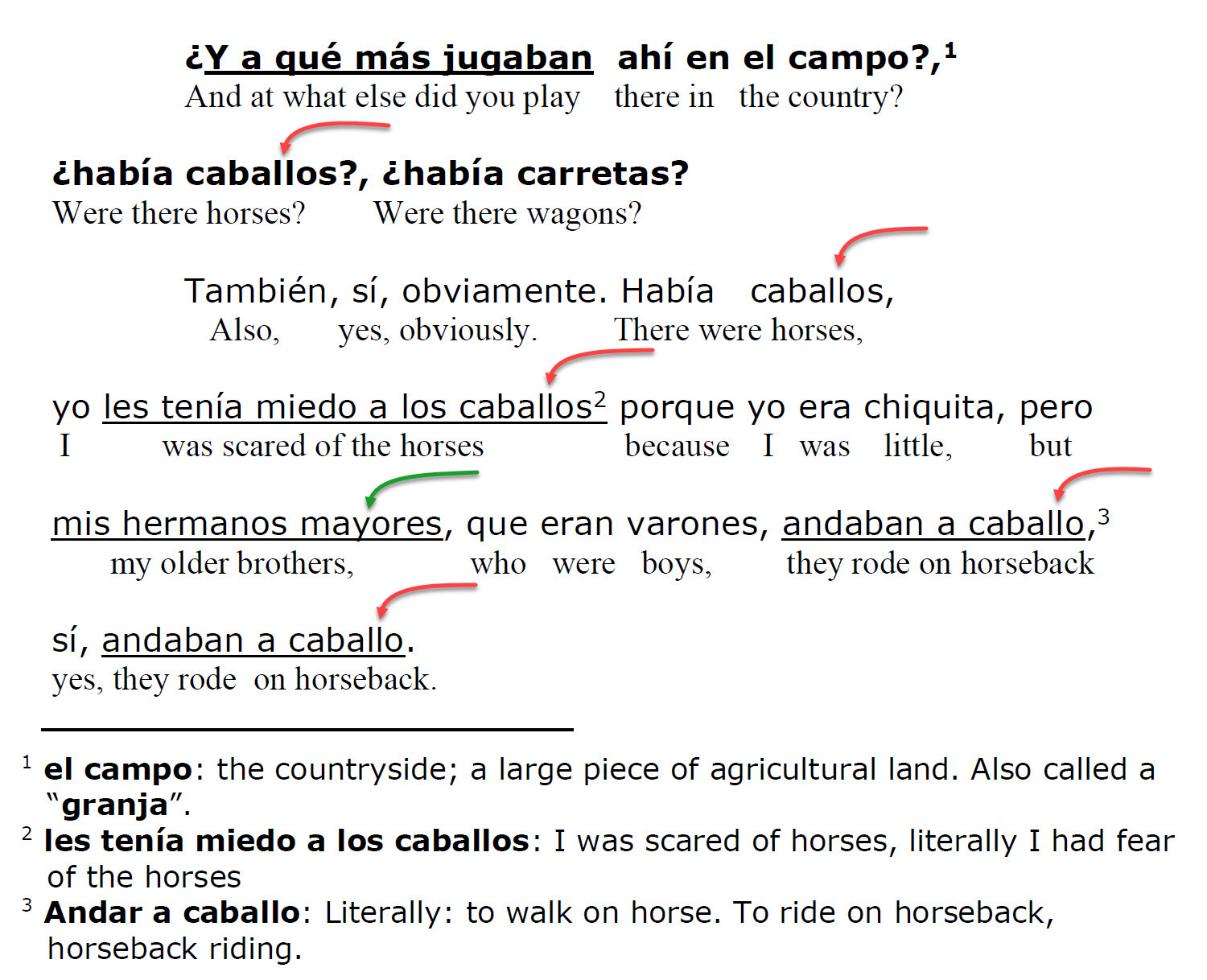 Understand native Spanish speakers! Here is the full interview: Growing up in an Italian-speaking community in Argentina.