From the FluentListener newsletter
Direct link for members : Interview: Chantal and Michel talk about renting a home in France.
At bottom of this email: video link to help with skuh (parce que) from the last newsletter.

Hello All!
Today, some pronunciation work and another baby-step on our way to sounding French: I want you to learn to use the word effectivement.

How to do it: repeat the words right after the speaker. I call this echoing. You are listening to and repeating every word, but with a 2-second delay. (You may have to turn up the volume in order to hear the recording at the same time you speak.)
Please repeat after the speaker 5, 10, or 15 times. While you repeat, think also about how closely you are matching the sounds made by the speaker. 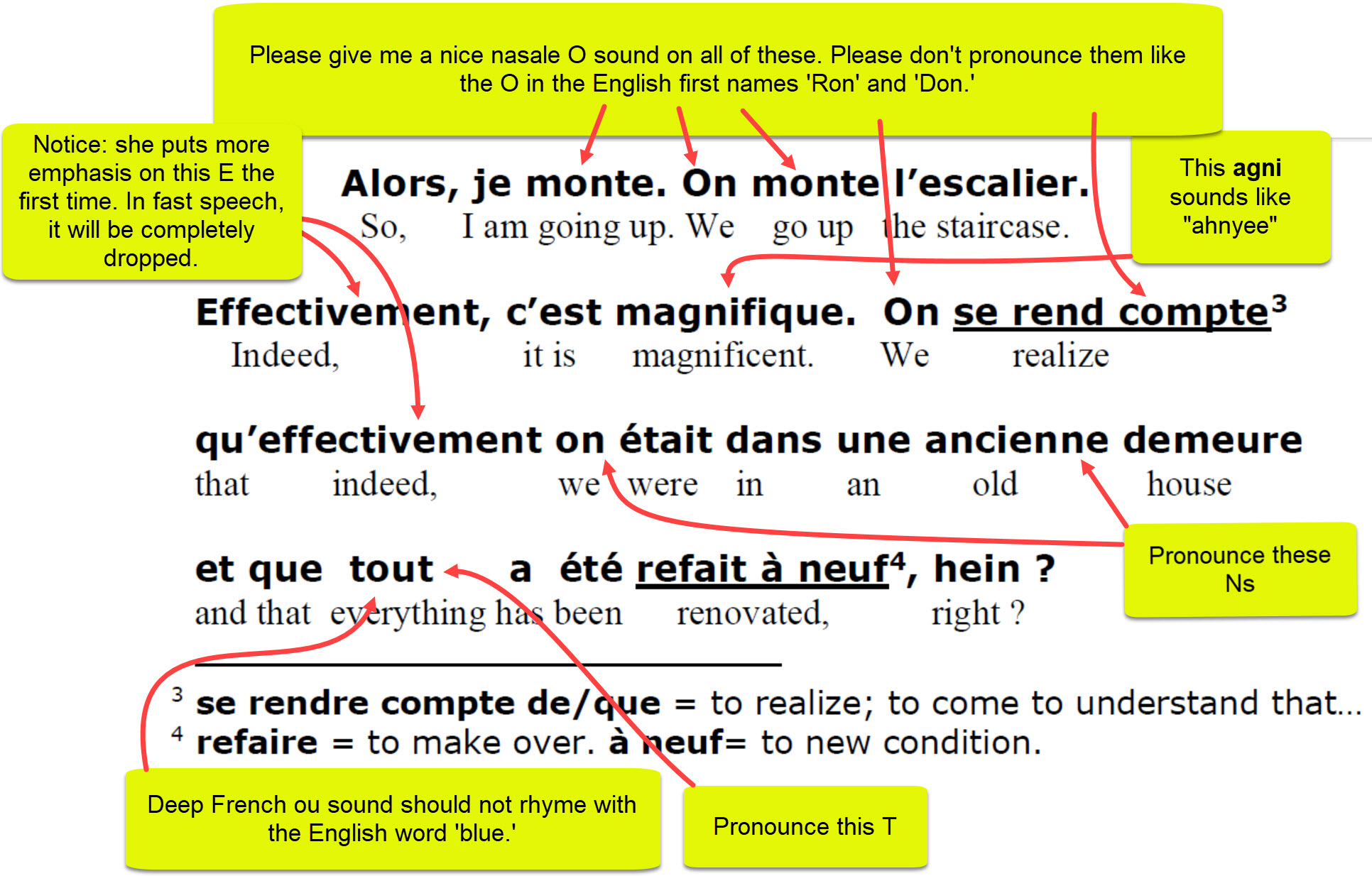 Would it have been cool to also have the original to compare with the ‘slow-echoing’ version above?

VIDEO LESSON to help with ‘parce que / skuh’ from the last newsletter.
The original entry is here… https://fluentlistener.com/spoken-french-what-does-skuh-mean/
And the video lesson is here…

From the FluentListener newsletter
Direct Link for members : La Fleuriste – download recordings and pdf here.
Non-members – check out the Advanced Listening tips below the text. There is GOLD in today’s newsletter.

Hello All,
Today, you’ll learn to say UNE (and not UN) in front of the word ‘formation.” After today, it will be automatic: you’ll never have to think about it again.

Why is this important? Answer: even though you’re smart, it will be easier if you don’t have to think about it.
So…

If you don’t know what I mean by ‘echoing,’ here you are: I mean repeating just after the speaker. Instead of saying the words at the same time, you allow a slight delay. You may need to turn the sound up a bit in order to hear the speaker’s voice above your own. Look out for words that are hard to pronounce. When you find one, experiment with moving your tongue and lips in new ways until you find a movement that makes that word easier to pronounce. I find this to be challenging but fun. I hope you enjoy it!